Everyone has gotten mad at Clash Royale at some point. Whether you smashed your phone into pieces (please don’t do this) or screamed into your pillow, we have all felt the despair as we watched his/her seemingly infinite elixir push decimate our tower. What makes Clash Royale so frustrating? Find out as you read this article.

Clash Royale is probably the game that frustrates me the most. There’s nothing worse than watching elite barbarians storm your tower and shred it to pieces as your opponent spams you with emotes. But what is it that makes this game so frustrating? Is it the fact that you can’t do anything about it? Is it that you feel as though the game is purposely against you? Is it a mixture of these things? 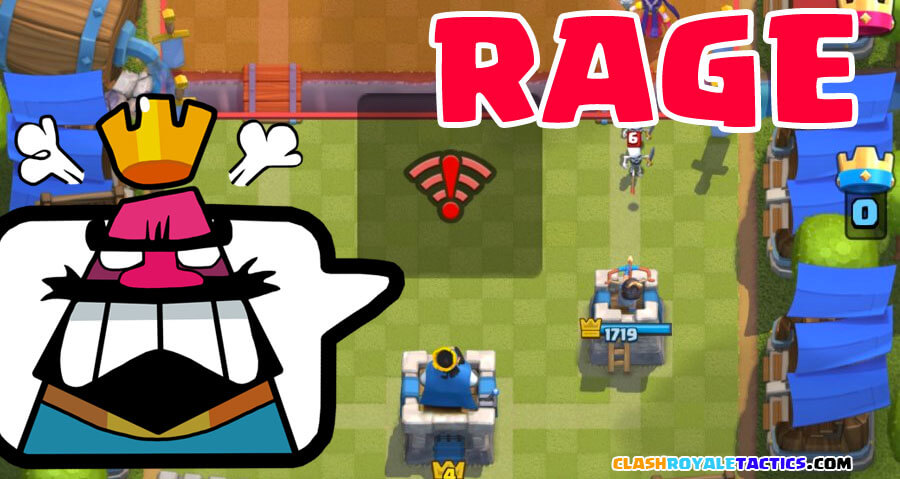 I have smacked my phone on the ground a few times, not enough to break it, but enough to satisfy the tilt.

Clash Royale is the most rage-inducing game I have ever played, and that includes MOBAs like League of Legends. From the constant BM’ing to the filthy gemmers, Clash Royale is full of things that make you mad. But why is it that we keep on playing it? What makes this game so fun that we endure the constant pain?

Competitiveness drives us to win, to succeed, and it’s part of what makes Clash Royale so fun. When all your friends play the same game, you are determined to become the best. Maybe Supercell wants us to rage as part of their trick to buy gems. Maybe this rage is what drives this toxic community closer together. Maybe the rage is what makes Clash Royale such a great game.

How to deal with different types of Clash Royale Rage

#1 – Lag and Disconnecting: There’s nothing worse than seeing that dreaded red wifi symbol of death flash on your screen even though your wifi is working fine. It can cost you games and valuable trophies, ad cause a LOT of RAGE…

But there is something you can do about it.

Bottom line, if you know you have poor internet – DO NOT play, until you get to a better connection. If you still play, don’t get mad – you know it’s gonna happen.

#2 -Emotes: Emotes are probably the most frustrating feature in the game. When your opponent starts spamming the laugh/cry faces, you start to tilt. The option to mute emotes has only been introduced in the last couple of months, but Supercell are yet to put out a full fledged mute option, instead making you mute emotes every game.

Supercell originally kept the emotes, saying they were meant to “evoke strong emotions”, but the community did not accept that, taking their discontent to Reddit and the forums.

#3 – Scripting/Loss Streaks: Many players argue that Clash Royale has coding built in to stop players from winning too much. For example, when you switch a deck, you often face the exact counter for your new deck. 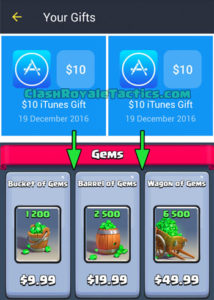 #4 – Gemmers: You will face MANY opponents with deep pockets and little brain power – Gemmers. These guys spend a ton of money buying gems, and upgrade their cards, so when you get your @$$ whooped by someone your level of trophies, but their cards just destroy your – you know they have Level 7 Hog at arena 5 🙂 And they probably spent $50-100 buying gems.

But fear not! You can also get in Gemming game without actually wasting your money. If you get FreeMyApps, you can earn points, convert points into iTunes / PlayStore credit and get gems for free!

To get points you will need to install / try Apps, or watch videos or try offers. However if you invite your friends you will get 200 points for each referred share. So you can get 3000 points in no time!

Conclusion: Clash Royale sucks, but we love it nonetheless. Whether it be lag or emotes, Clash Royale will make you mad, but what you do is up to you. You can break your phone or you can use it as motivation. So best your friends and overcome the rage! If you ever get too mad, maybe Clash Royale isn’t the game for you. Take some time to reflect on yourself. Remember that at the end of the day, it’s just a game, and if you’re not having fun, there’s no point in continuing to play.