This is a list of all Clash Royale patches and updates since the game was released in March 2016. I will update this post every time there is a new update to Clash Royale. It’s good to have a list of all the patch notes for Clash Royale here so that people can check what has happened to the game since the deck guide they are looking at was written.

Huge updates for Clash Royale doesn’t happen too often, and every time a huge update happens I go over most of my deck guides an update them as necessary. Moving forward I will also make an update to this guide whenever there is a major update to Clash Royale. The newest patch notes and my opinions about them will be found first.

This patch was mainly focused on the royal giant and freeze as well as a couple of other buffs.

Overall a lot of changes in this patch. 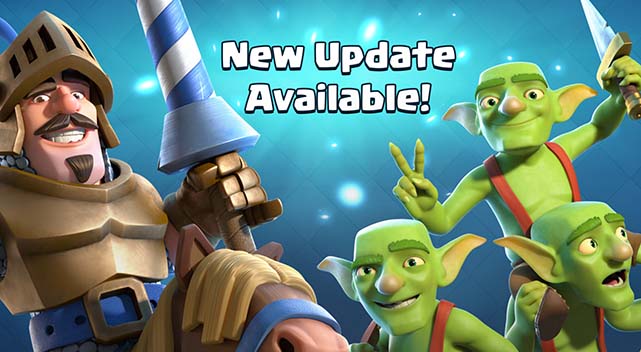 This is the biggest update SuperCell has made to Clash Royale since the launch. A lot of exciting stuff happened which the biggest one being the six new cards.

This was a pretty big balance update, and it is most famous for the X-Bow nerf. Up until this point the X-Bow had been a very popular and for many, a very annoying, card in Clash Royale. This patch made the X-Bow a lot worse and we haven’t seen much X-Bow use after this patch.