The Lava Hound is one of the new legendary cards from the May 3 update, along with the Sparky and the Miner. It is the earliest legendary card that you can get in game since it is unlocked at Arena 4. It is a tanky flying troop that targets buildings and costs 7 elixir.

In our 7 best Legendary Cards guide, Lava Hound took #1 place, because it is so strong and hard to counter. So let’s see how to deal with Lava Hound:

Similar with the Golem, the Lava Hound also splits up once it dies. The Lava Hound splits up into 6 Lava pups, similar to the Minion Horde. However, these Lava pups now targets ground and air units and not just buildings compared to its first form.

A high health flying troop that splits into a Minion Horde-like Lava pups is really strong. Without the right strategy and the right cards to counter it, you may find yourself losing an Arena Tower very easily. Luckily because of its rarity, you don’t usually battle someone with a Lava Hound deck. Though, it’s really important to know how to counter it whenever you face someone with a Lava Hound Deck.

Strategy on building your deck:

Have an air damaging troop in your deck.

It is a no-brainer to add an anti-air troop in your deck but you need to choose wisely which one is better and appropriate for your play style. The list of cards below will guide you on choosing one:

Musketeer – One of the best troops to counter Lava Hound because it offers long range and high attack damage to a single target.

Wizard – The wizard has slightly shorter range than the Musketeer but if offers high splash damage on ground and air targets. What’s great about the wizard is that if the Lava Hound’s deck is paired up with other flying units like Minion Horde, the Wizard has no problem dealing with these troops. However, since Lava pups split far enough from each other, Wizard’s splash damage has no effect on nearby pups.

Princess – At a cost of 3 elixirs, you’ll have the farthest range of all troop cards in the game plus splash damage. If you have this card, it’s really nice to counter multiple troops and buildings at a distance. However, make sure that you have an Inferno Tower to support the Princess because it is not enough to kill the Lava Hound alone.

Princess may be good to deal with pups, as arrows flying in different direction may hit multiple pups at the same time, causing splash damage. 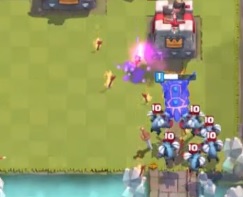 Three Musketeer – Thought it is very costly, it can counter the Lava Hound easily. However, it is not recommended to use if you have low level Three Musketeer because it can be killed with high level Fireball. 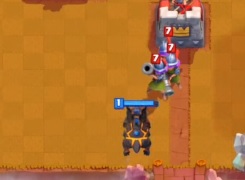 Have one or both of these cards

Inferno Tower – the best counter to tanks in the game. It counters all high hp troops as it deals insane amount of damage once it builds up on a single target. Coupled with Zap, use it to eliminate unwanted targets on the way like Goblins/Skeletons.

Cannon – the most versatile building with decent hp and damage at cheap 3 elixir cost is a great card to distract building targeting troops like Hog Riders, Giant, Balloons and Lava Hound. Place this around 2-3 tiles away from the tower for the Lava Hound to target. Then place a Musketeer to damage the Lava Hound together with the Arena Tower.

Use of spells and combinations

Freeze – Freeze spell can be use both offensively and defensively. It can be used to delay the enemies attack and gives you the chance to freely hit them while they’re frozen. Just watch out your elixir amount so that you won’t miss that Freeze duration. It would be useless to freeze them out without a backup card that will kill them.

Fireball – A very useful spell in all situations. This spell can finish off low health Arena Towers and troops. Having a high level Fireball is an advantage. The Lava Hound alone can’t do much damage to the Arena Tower. It could be followed up by other troops which you can finish them off by a single Fireball.

Arrows –  Another useful spell to counter the Minion Horde, Lava Pups and Goblins. If you don’t have a high level Fireball, you can replace it with an Arrow.

Zap – a low cost spell that stuns the area and can kill goblins and skeletons in an instant. This is a great tool to kill unwanted units when using Inferno Tower. It can also delay the enemy troops and reset its target to the nearest targeted unit.

Now you know which cards counters the Lava Hound, here are more tips to help you with sample scenarios when facing different Lava Hound decks. 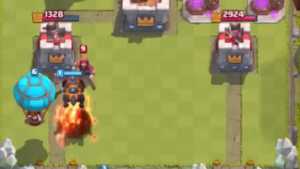 Tip 2: After a successful counter attack, this will leave your opponent open for attacks. This is your chance to destroy the Arena Tower before setting up another combo. 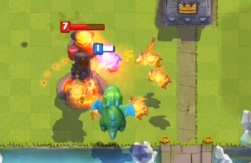 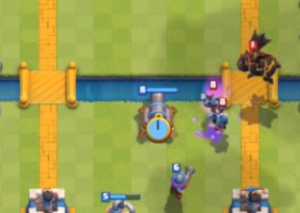 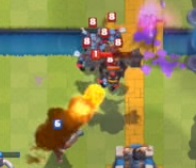 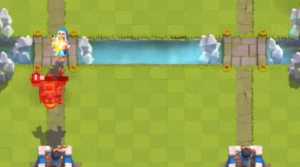