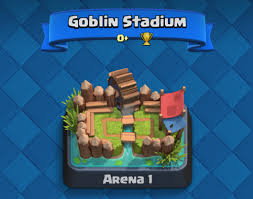 These tips and tricks are for those who are new to game, and they will bump the average player up to Arena 6 within a week. Have you just started playing Clash Royale? Here’s a comprehensive guide for noobs to the first arenas. Don’t worry, you’ll get the hang of it soon. Make sure you read the rest of our guides and rate us below!

Each player has three towers, two crown towers and a king tower. The goal is to either destroy more towers than your opponent or to take out the king tower, resulting in an automatic three crown win regardless of the health of the other crown tower. You each have four cards in your hand and another four in rotation ranging from 1 elixir to 9 elixir. You can hold a maximum of ten elixir. Make sure not to waste it!

Occasionally you will come across GEMMERS (players who spend tons of money on Gems) even in lower arenas (1-5) and it’s really hard to beat them because they have Epic and Legendary cards in their decks. However they often lack skills, so you can still kick their a$$e$ 🙂 See how I beat this bozo with 4 EPICS and 3 RARES in his deck (I still don’t have most of those cards).

In the beginning, you start with common (basic) cards, but quickly gain access to Rare cards and sometimes even find epic cards early on (like Baby Dragon). Here is how to use these cards with maximum efficiency and how to outfit your deck (stack of cards you use in each battle). 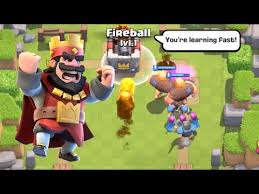 These are the best decks that I can come up with based on the limited cards available in lower arena. Make sure to check out our deck guides as you get into higher arenas!
Conclusion: These tips will help you start off way ahead of your competition. You should easily get up to Arena 6 by a week, and then you can keep on going. If you ever get stuck, you can always try using gems. While I wouldn’t recommend using gems in the lower arenas, by Arena 6/7, they become worthwhile. Gems are expensive, but there’s a way to get them for completely free.